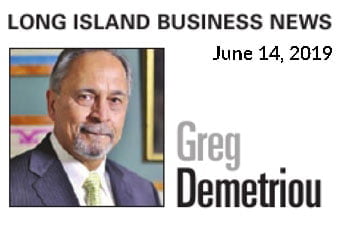 But There Was a Non-Compete Clause — Who Cares!

We have all heard and read about cases of exiting employees covered by a non-compete, non-solicitation agreement trundling off to competitors with little or no consequence.

Where does the fault lie? You the employer, your attorney, the clause itself or the fleeing employee. All of the above.

Let’s tackle one at a time, starting with the employee.

An employee that has signed a non-compete, non-solicit agreement and then completely by surprise walks down the hall to work for a competitor armed with all the knowledge, clients, contacts and trade secrets he/she must be considered as an enemy of your company. They have proven themselves as their only concern and have demonstrated a major lack of integrity. Granted, people move on and often stay in the same industry but they are not entitled to take your clients, contacts, prospects or processes with them if there is a good non-compete executed by them. Exiting employees who go to competitors often, and sometimes rightly so, believe there will be no consequences for violation. Non-competes are legal documents and if they are not enforceable then they are not worth the paper they are written on.

What about your lawyer? If the non-compete has reached the legal action stage what can you expect from the attorney? First of all, you will be told it is very difficult to prevail in non-compete actions. And even if you do what will you achieve? Don’t expect the former employee will leave his new job, stop directly or indirectly going after your clients or using your processes. The lawyer will also point out the meaning of liquidated damages which is the amount of money usually stated in the non-compete. A reputable lawyer’s advice is valuable, but you are still the boss when it comes to making the decision to proceed with legal action or not.

As a non-lawyer business owner, you can get a sense of how tight the non-compete agreement was drawn just by reading it thoroughly. If you find yourself questioning certain parts of it then I will say that it is poorly written. If you have doubts about what it says specifically can you imagine what an opposing attorney will do with the clause. Because non-competes are so difficult to enforce the tighter and more robust it is written the better. Even if it seems draconian when you are asking an employee to sign one you need to be thinking about possible enforcement if or when the employee leaves. Even the circumstances of separation must be covered to avoid giving an opening by not addressing what that circumstance means when the separation occurs.

You as the employer are ultimately responsible for protecting your company. As companies are growing owners are often reluctant or actually ignorant of why legal documentation for binding employees who leave is necessary. As the employer faced with a violation of a non-compete you must decide what damage can be done and what the remedy might be. Two things to consider. Get your emotions in check before you choose a course of action. Determine the worst-case scenario. If you must legally challenge, what will the cost be and what is the hoped for outcome. Can you negotiate some mid point that allows the former employee to work in his new position and protects you company from any feared poaching. Tough decisions any way you go. If you don’t challenge will future existing employees believe that there are no real consequence for a violation. Is the cost of placing a stake in the ground worth the end result? Even if your gut is to go full guns, your head must be arbiter of the final action.

When non-competes are a part of on-boarding employees it is at the point where you need to understand how and what actions you are willing to take. Don’t wait until faced with such an important and potentially damaging situation.

Greg Demetriou is president and CEO of Lorraine Gregory Communications.