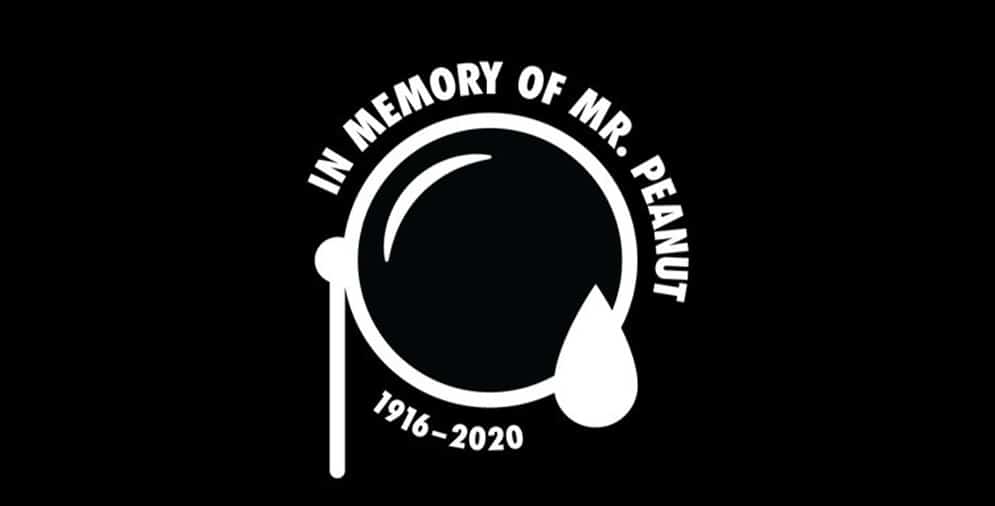 It has been announced and shown on video that Mr. Peanut died sacrificing himself for his friends. The clip anticipates the funeral to be televised during the Super Bowl.

The decision to kill off the iconic figure ignited the Twitterverse. Much was in support of the untimely death. Almost a “good riddance” could be heard. The Vayner Media Group, creators of the campaign are claiming it was the right decision based on the feedback the announcement has gotten across social media.

We’re devastated to confirm that Mr. Peanut is gone. He died doing what he did best – having people’s backs when they needed him most. #RIPeanut pic.twitter.com/12PyWYJB7J

Sadly, though the online world many times is populated by attention seekers, outliers and bots. Main Street has loved the monocled nut for over a century. His top hat and cane adorned the Planters brand and was instantly recognizable. The agency said the new generation held no allegiance to Mr. Peanut and it was time for him to go. They haven’t said however what will follow.

My question is who is next? The Pillsbury Doughboy, The Energizer Bunny, Tony the Tiger, Smokey the Bear or even Uncle Sam. Each are iconic in their own right and known worldwide.

A brand identity that has been established over decades is under attack, like so many social norms these days. One cannot deny that society is changing. In my mind not entirely for the better, but then I am from the generation that has grown up around the brands and their iconic character representatives.

In a less than scientific poll of people in the agency and marketing business the death of Mr. Peanut is repugnant. Some have even said the act is creatively lazy. Surely the demise has created a substantial amount of buzz, but it leaves the brand hanging. Unless they resurrect the stylish nut and the funeral was a hoax. In that case this commentary is mute. It would be a stretch if they are perpetrating a stunt because the video so clearly shows Mr. Peanut landing on the Peanut Mobile that explodes upon his impact.

Contemporaries I know in the agency world chimed in with alternative rebranding ideas to refresh the icons. Proposed are such takes as Mr. Peanut with long blonde curly surfer dude locks, or the center of attention at glamorous and glitzy events, or even using the monocle in a series of video solving peanut crimes. One real creative friend had him get married and start a family of little nuts.

The point is that rebranding does not always mean killing the brand icon but evolving and refreshing it to match the current world.

Can’t wait for the Super Bowl, and maybe that is was what Vayner Media was trying to do all along.