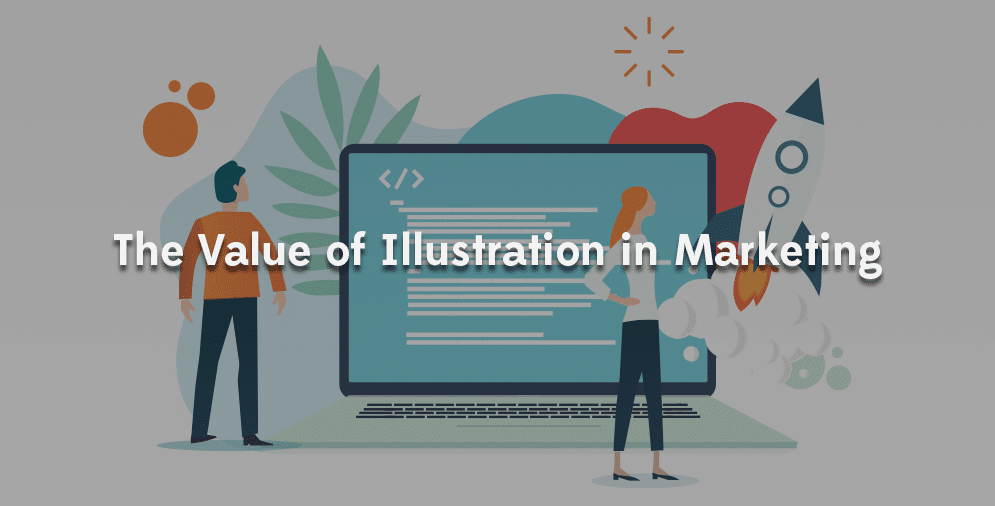 The Value of Illustration in Marketing

Illustration attracts customers to a product or service they may have otherwise overlooked. Photography or stock illustration may be enough to get this done, but commissioning artwork has bigger advantages than using stock images. Recently there’s been a stride in favor towards custom and curated illustrations. Companies like Mail Chimp, Dropbox, Shopify, and Slack developed their own extensive collection of illustrations that help deliver their message to the masses (Toptal.com, Envato.com).

But just having illustrations won’t make your campaign jump out from the sea of others trying to do the same. Illustration in marketing is meant to enhance a company message and say more than a logo, color scheme or typeface.

A perfect example of enhancing a message through illustration are the Red Bull commercials from the early 2000’s. Loosely drawn characters with big noses drank from a skinny can, grew wings, and flew up and away. The style and humor were unmistakable and became essential to the Red Bull message (Toptal.com).

An illustration can help push a company narrative the same way images in a textbook help give students a visual reference accompanied by fact. For example, the landing page of a given company tells viewers what they do. A designer could spend hours looking for stock imagery that effectively speaks on behalf of the written story.

Or an illustrator could craft vector illustrations that depict what’s being described, in a consistent manner throughout the site. The illustrator will ensure that a specific ruleset is followed when they’re creating this large collection of collateral. Stock imagery, by comparison, feels disingenuous whereas the consistency, cohesiveness and honesty of the potential illustrations deliver a different message.

Shopify is an eCommerce platform that provides people with a suite of tools to help sell products and run a business online. The company’s branding places an emphasis on how easy their product is to use, from building out a branded storefront to managing inventory and collecting payments.

With a relaxed take on the human form and loosely drawn lines, the illustration team at Shopify has managed to develop a style that is casual yet visually dynamic, simple yet sophisticated. This balance is interesting because it reflects the crux of the brand’s promise: “Perfect for beginners and experts alike.” (Toptal.com)

There should always be a rationale behind the look and feel of illustrations presented to a client, but don’t overthink every little creative decision (Toptal.com). As long as the illustration system that’s been developed for a client followed an aesthetic ruleset, it should complement the narrative it’s accompanied by.